Elvira Mistress of the Dark #6 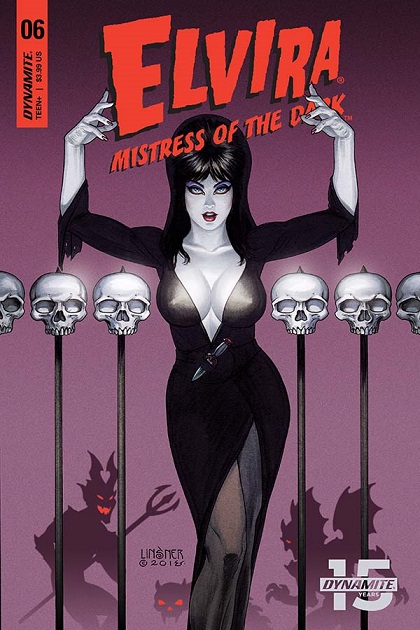 Elvira was mistakenly taken to Hell when Mephistopheles came to collect Doctor Faust’s soul. She’s been granted permission to head down through the levels of Hell to find Lucifer and ask for permission to return to Earth. While dodging demons that look like office managers and one very big doggie, she meets Glenn, a toga-wearing figure who offers to help her on the descent.

This series by David Avallone and Dave Acosta has been steadily good at producing Elvira’s particular brand of humor and style through comedy tinged in horror. It contains pop culture and literary references, fourth wall breaks, and some subtle dirty jokes that garner a snicker or two. It’s also very clever, especially when developing Hell – like all the worst attributes of the mall.