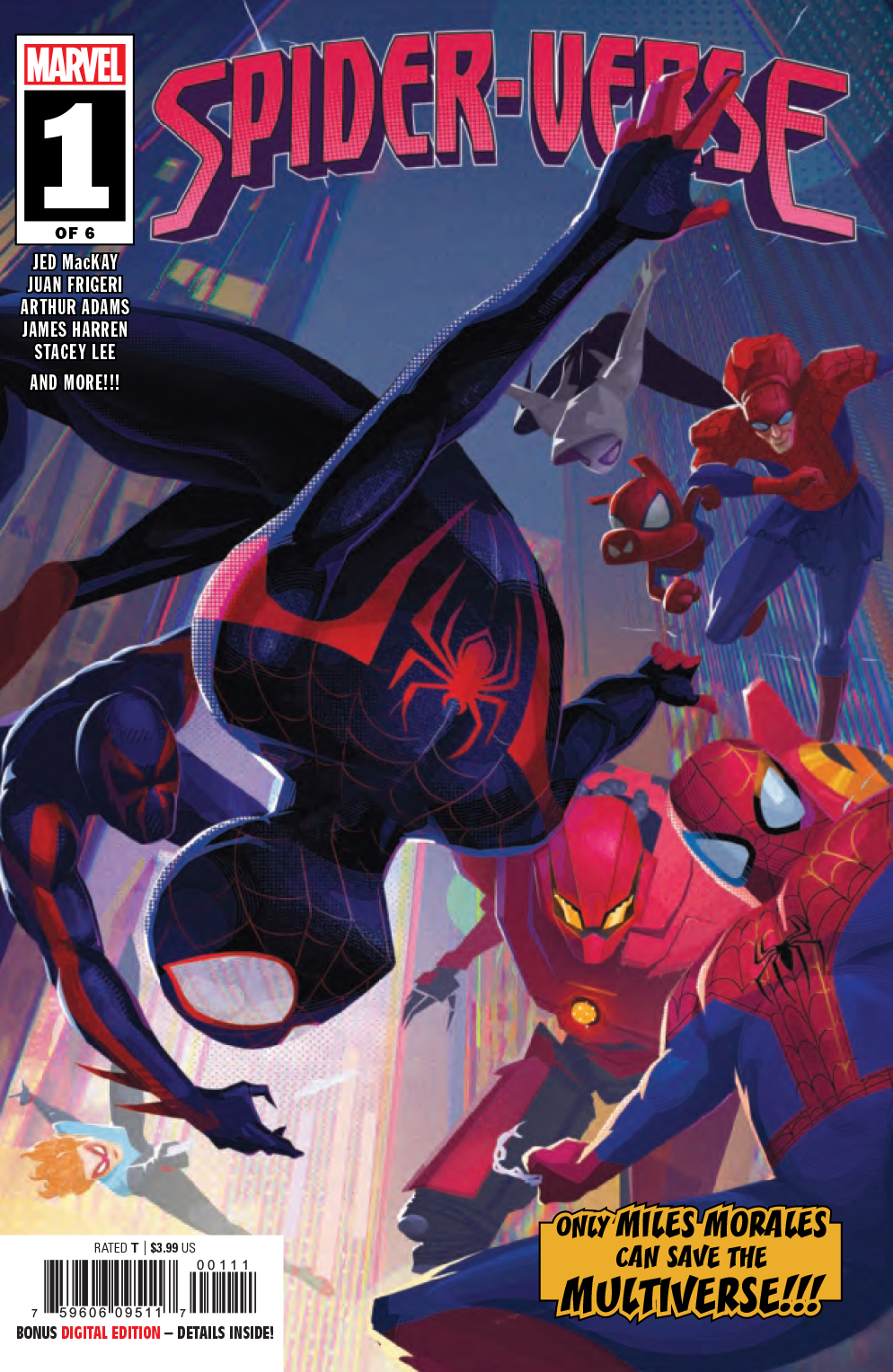 Miles Morales was just trying to do his job as Spider-Man when he gets suddenly contacted by a being known as Spider-Zero – and then webbed through the entire multiverse. But multiverse travel is generally not a smooth experience, and Miles ends up making a few pit stops along the way, meeting other iterations of Spider-Man. After finally meeting Spider-Zero, Miles discovers that the Web of Life and Destiny is still intact, and it’s facing a new threat.

Clearly leaning into the success of the Into the Spider-Verse movie as well as the success of past multiverse-forward Spidey events, this miniseries features Miles as the main Spidey. It’s a choice that makes sense economically – given that the film took home an Oscar and is beloved by fans, why not do a comic book with a similar premise? Maybe eventually Marvel fans will throw up their hands and say “enough is enough” to the Spider-Verse stories, but this book is off to an interesting enough start that I doubt this will be the catalyst for that.