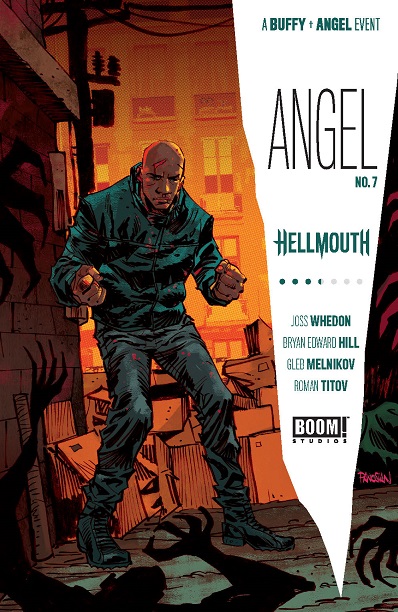 Since Angel and Buffy are deep in the Hellmouth, Fred and Gunn do what they can to help in Los Angeles – which involves finding a distraught Spike. Their first interaction doesn’t go very well and Fred gets kidnapped by none other than Wolfram & Hart’s Lilah Morgan. Fred has caught the interest of a powerful being that probably doesn’t want to use her abilities for good, which forces Gunn and Spike into an uneasy partnership in the hopes of finding her first.

This is an Angel-less issue of Angel, focused on his allies and foe/ally in Los Angeles, which will likely connect to the “Hellmouth” story as it lays groundwork for future issues. In addition to introducing Lilah, writer Bryan Edward Hill brings another popular show character into the comic. This issue was mostly setup for what’s to come, but it leaves the reader hanging and ready to find out what’ll happen to Fred.