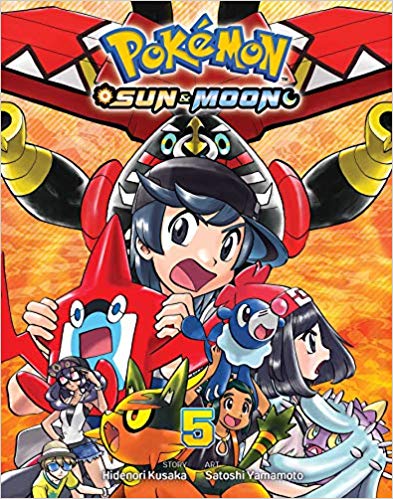 Sun and Moon are trying to continue their challenge through the Alola region, but end up needing to take a detour as news about Lillie arrives. Lillie’s Cosmog, Nebby, is implied to be the source of the wormholes and rifts that have opened around the region – and it does so when it reacts to her emotions.

The Pokémon manga has long been one of my favorites – it’s been running since 1997 and hasn’t slowed down at all. What it does perhaps better than any other Pokémon media is that it doesn’t tone anything down at all; there’s far more overt violence and drama in the manga than there ever has been in the anime or even the video games. This book does an incredible job at conveying the kind of trauma that Lillie suffered at the hands of her mother, and it packs a punch. Anyone who’s a fan of the franchise should consider giving the manga a shot.