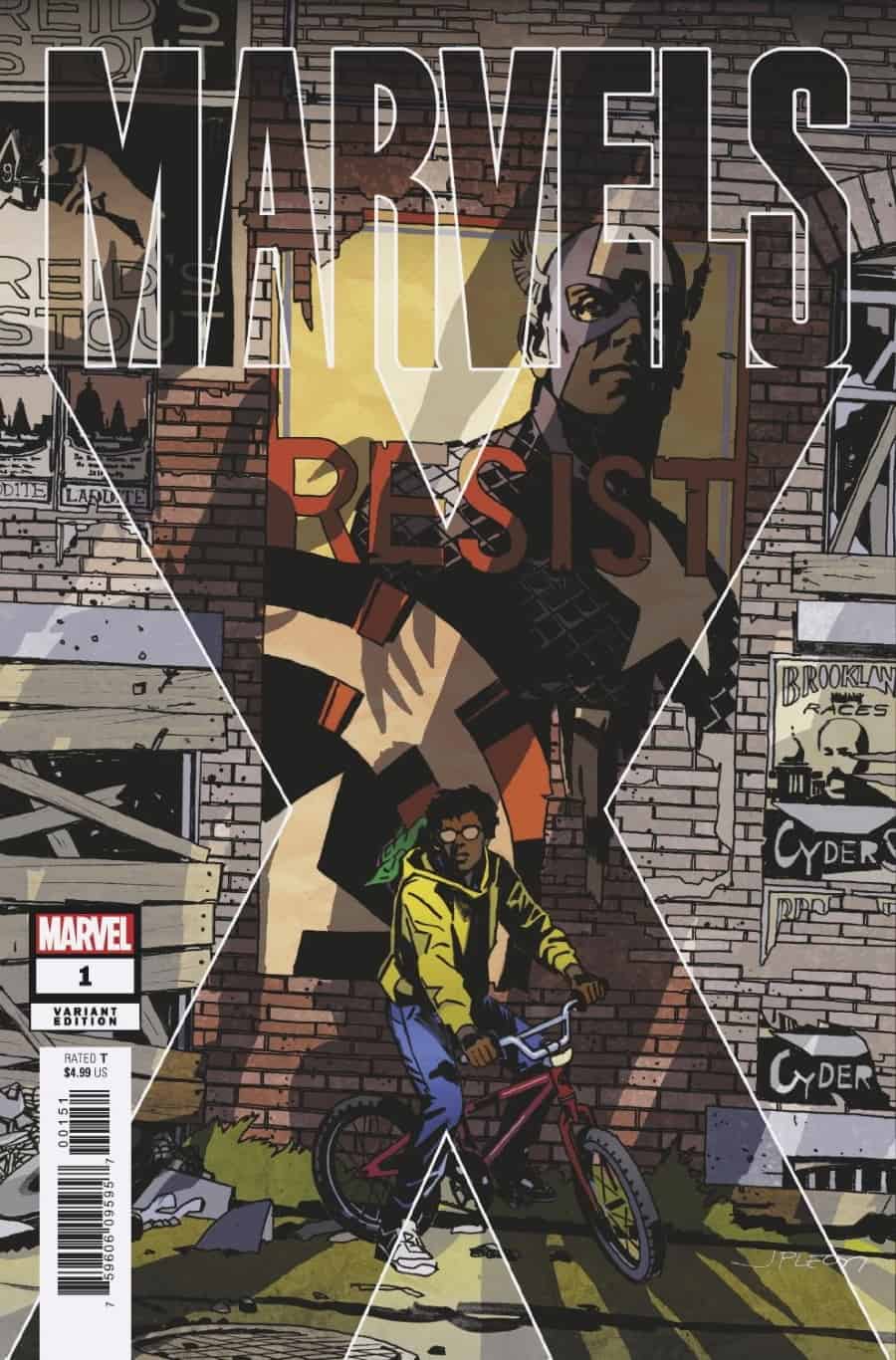 With accomplices John Paul Leon and Doug Braithwaite, Alex Ross (covers and story) and Jim Krueger (story and script) unleashed the Earth X version of the Marvel universe in a three incredible miniseries beginning with 1999’s Earth X, continuing into Universe X and concluding with Paradise X. The three longform stories have stood the test of time and are available in two omnibus editions.

Now, at long last, Ross and Krueger have reteamed for a prequel series, Marvels X. Handling the interior art this time is Well-Be, who most recently teamed with Krueger for Cave Pictures Publishing’s highly praised, just-concluded The No Ones (and if you missed that series, the trade paperback collection will be a homerun). Well-Be’s art style is not too distant from John Paul Leon’s, so it’s a great fit, and clearly he and Krueger work well together.

The story concerns a young man, David, who is a normal human, who now lives in the world of post-plague superpowered beings. As the last boy on Earth, he hopes to survive and get to New York, where Captain America and the heroes are. Ross and Krueger (and Well-Be) quickly reestablish their world as if we’d never been away from it. Bravo!