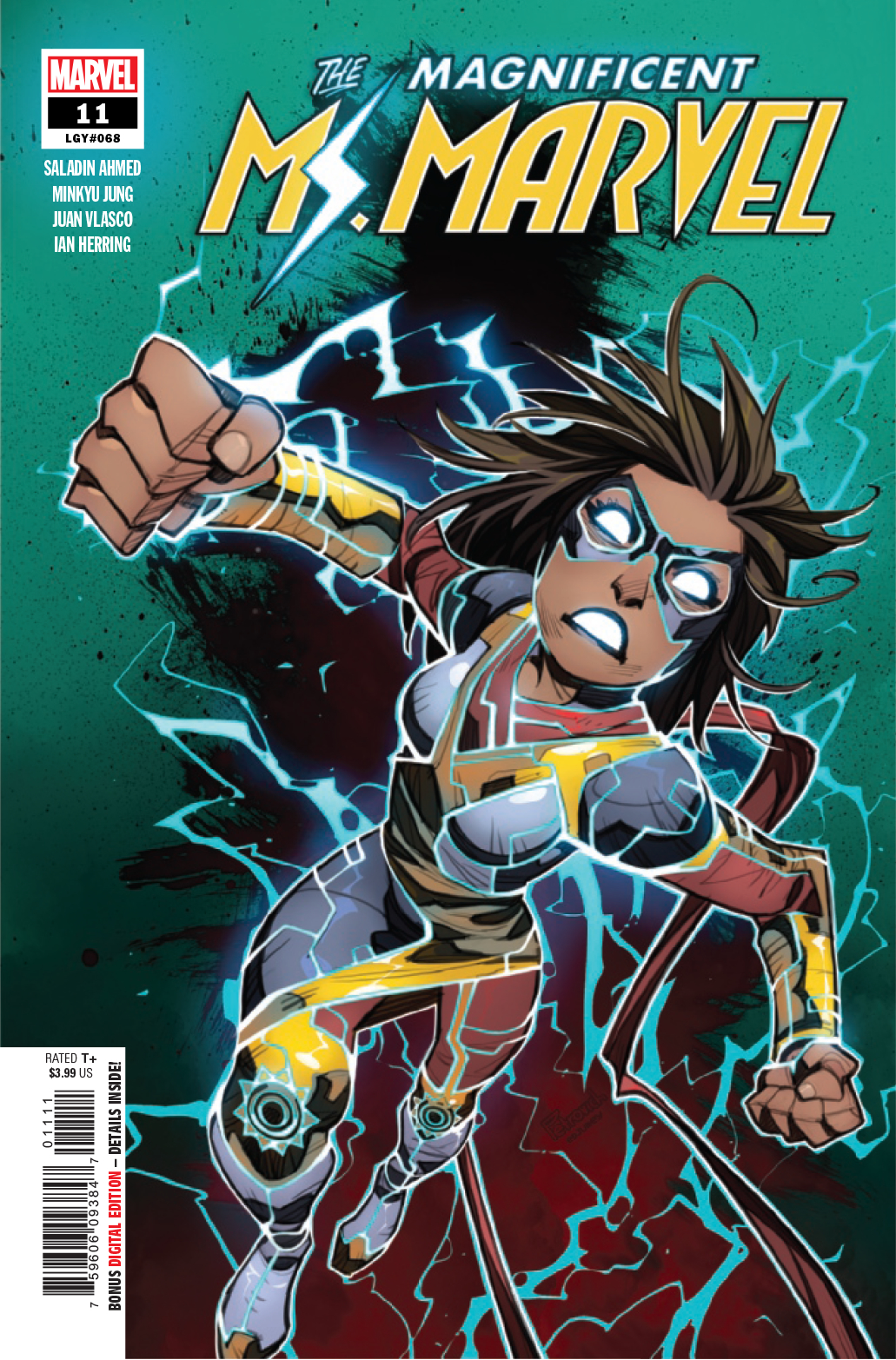 Kamala managed to knock out Mr. Hyde before he did much more damage, but a bigger threat has appeared in the form her new suit, which has taken on a mind of its own and is now dead-set on totally eliminating any and all threats. Kamala’s not about to let an angry computer run off with her new style and go killing people, so she gives chase – but will facing off against the worst version of herself be the best choice?

When Ms. Marvel got new threads from her recent trip to outer space, the result was remarkably cool looking – but like many costume changes, this seemed to be destined for a short-lived existence. What I didn’t expect is that she’d have to face off against the suit itself, having to be more inventive when it comes to hiding her identity once the suit takes on a life of its own. Ms. Marvel remains a super fun series to read, and it’ll be cool to see how this arc resolves.