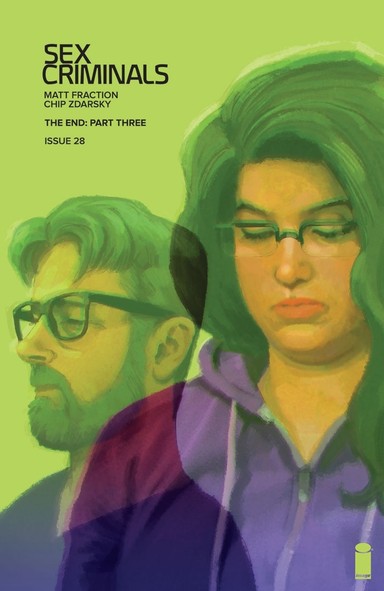 Suze has finally come face to face with the man who has been making her life miserable, Badal, and has discovered the reasons as to why his behavior has been so abhorrent. During an instance in his youth when his powers activated for the first time, he saw the future and believed he saw god when he saw a vision of Suze, and he’s spent his entire life since then to build up a battery so that she could use her own powers to influence the past. It’s about as crazy as it sounds, and things quickly go sideways.

Sex Criminals has gone from some wacky, raunchy adventures into genuinely intriguing investigations as to how life and relationships work. It’s asking all of the right questions and not providing a whole lot of answers, which makes it all the more compelling to read. There’s just two issues of this story left and I have no idea as to how it’s going to end, but I can’t wait to see what happens.