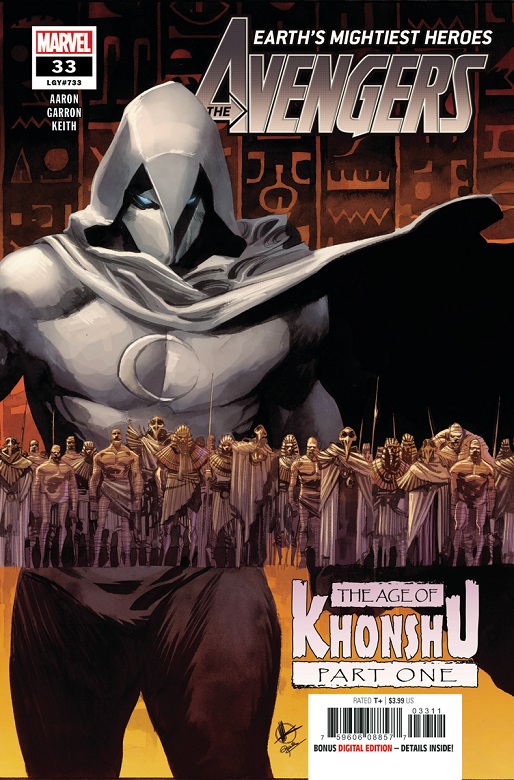 A new arc begins in Avengers #33 with “The Age of Khonshu,” which brings Moon Knight into the book – as the antagonist. Acting on the orders of Khonshu, the Egyptian god of the moon, Moon Knight is engaging Avengers and their allies in combat from K’un-Lun to Wakanda. His goal is to absorb their powers, but the reason is unknown.

Fists, magic, and warrior intentions fly in this issue by Jason Aaron and Javier Garrón. As Moon Knight challenges various heroes in this story, he takes moments to reassure them of his sound state of mind and mission for Khonshu, prompting the question of whether the moon god is trying to stop an impending threat or becoming one?