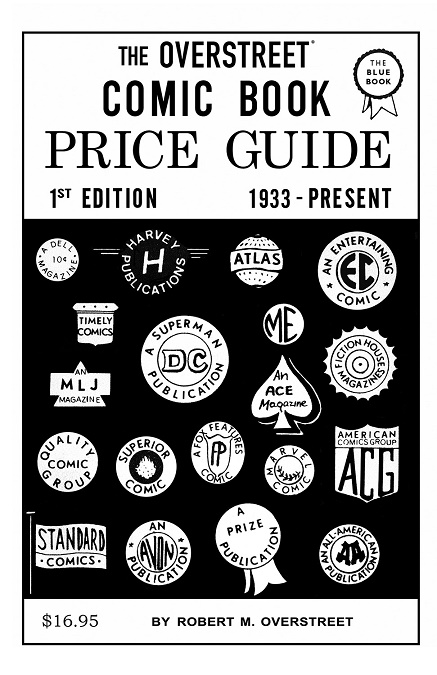 As part of The Overstreet Comic Book Price Guide’s 50th anniversary celebrations, a facsimile edition of the first Guide was published for collectors. The book was planned to be in stores on June 10, 2020, however due to a shipping error the softcover edition was released on May 27 (the hardcover and signed/numbered hardcover are still set to arrive June 10).

Wynonna Earp creator Beau Smith was among the first readers to receive a copy of the facsimile edition and shared his impression of the book.

That’s what these comic books were selling for in mint condition in 1970. I personally was in the 9th grade then and if I would’ve known what I know now, I would’ve mowed a hundred lawns that summer to save up money to buy these issues at those prices.

How did I come across this information? I hold in my hands The Overstreet Comic Book Price Guide 1970. Newly reprinted in beautiful fashion from Gemstone Publishing with original ads included! This is on sale in comic book stores right now. If they don’t have it, ask them to order it for you. It is hours of fun looking through and reading this. And, if you’re like me, it will also break your heart to think that at one time you could’ve had these issues for those prices and less (depending on the condition). Then again, I miss my first car too.

The hardcover and signed & numbered hardcover will be on sale June 10.

Make sure you check this out. It’s comic book history from a time when life as we know it was much simpler.

Editor's note: At the moment, both Diamond and Gemstone have the softcover and hardcover still available. The signed & numbered limited edition hardcover is sold out from Gemstone and it will be allocated at comic shops.