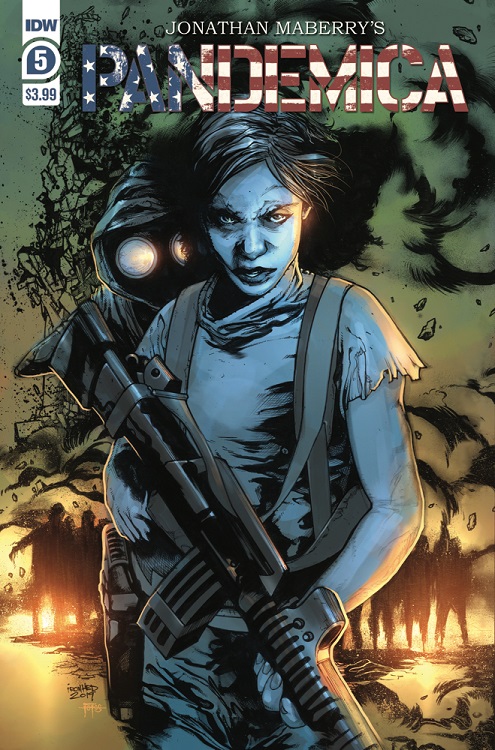 The Ark has created ethnic-specific bioweapons to target certain members of the worldwide population, and if that wasn’t horrifying enough, they were testing in on babies. As the world is being overrun by the illnesses, De is protecting Lucky Bunny, the baby with every terrible disease known to humankind who can likely save the world. But she is being pursued by her enemy’s greatest assassin and a flock of their minions as she tries desperately to get to the lighthouse and the rest of her team.

This miniseries was wild. Jonathan Maberry put so many concepts into this, starting with the tragic concept of ethnic cleansing, the correlation between racism and economics, and the moral issue of acceptable sacrifices to save the human race. It’s also a fast paced action thriller with De and other operatives working to solve or cause trouble, ending with De in a race against too many enemies.

It has a fairly abrupt ending but the five-issue miniseries is certainly worth checking out.