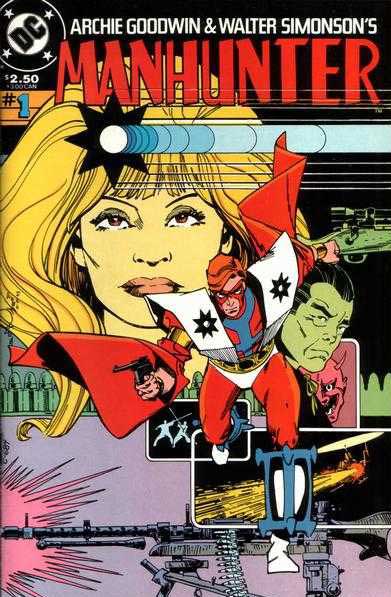 Beginning with the November 1973 cover-dated Detective Comics #437, writer Archie Goodwin and artist Walter Simonson launched a back-up series in the Dark Knight’s flagship title. Based on the Golden Age character Manhunter, which first appeared in Adventure Comics #73, this updated version ran only six issues as the second feature in the series and then for one final story, in Detective Comics #443, it crossed over with the lead feature, Batman.

In those seven impossibly succinct and compelling chapters, Goodwin and Simonson spanned the character’s life, established the world he had been reborn into, showcased the story he’d been told, exposed its lies, set the character toward his destiny, and then wrapped it up with a final, heroic death.

And for whatever reason, this was a comic book death that actually took.

It was immediately recognized for the greatness that it possessed and took on a stature among fandom and professional ranks alike usually reserved for only the most successful takes on major characters.

DC Comics collected the material into one issue with a May 1984 cover date, and Simonson crafted a new cover for it. It was a movie poster montage sort of image, with Manhunter as the central figure with supporting players behind him and various bits of action thrown in to boot. It captured the essence of the story’s tone and its dynamic look with the look of the characters and a heavy seasoning of martial arts flair. And it didn’t give anything of the ending away for those who hadn’t read the material previously.

Editor’s note: The Goodwin-Simonson Manhunter material has also been collected in Walter Simonson’s Manhunter and Other Stories Artist’s Edition from IDW Publishing.