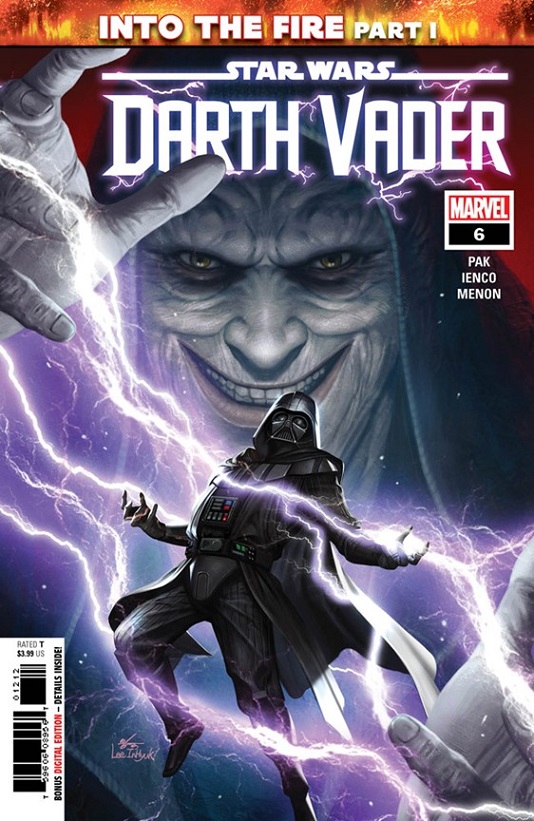 The newest Darth Vader series began with his hunt for Padmé’s body to learn the truth about her death, which put him in an uneasy alliance with some of her former handmaidens and guards. In doing so, he did one of the things that makes Emperor Palpatine very angry: he rebelled. And Palpatine, true to vicious form, makes Vader pay for disregarding his orders in the most brutal and humiliating ways possible.

The new Darth Vader series is very good. Greg Pak is smoothly portraying both sides of Vader: Palpatine’s monstrous righthand man and the volatile, emotionally conflicted former Jedi. The search for Padmé storyline showed both in equal measure, but things take a big turn in this issue that is all about Palpatine’s coldblooded punishment.

Artist Raffaele Ienco did a fantastic job at showing the details in this issue from Vader’s anguish and anger to Palpatine’s bloodlust, and the fear on the faces of those unlucky enough to be in the same room. With the way it ended, we’re in for one heck of a next story arc for Darth Vader.