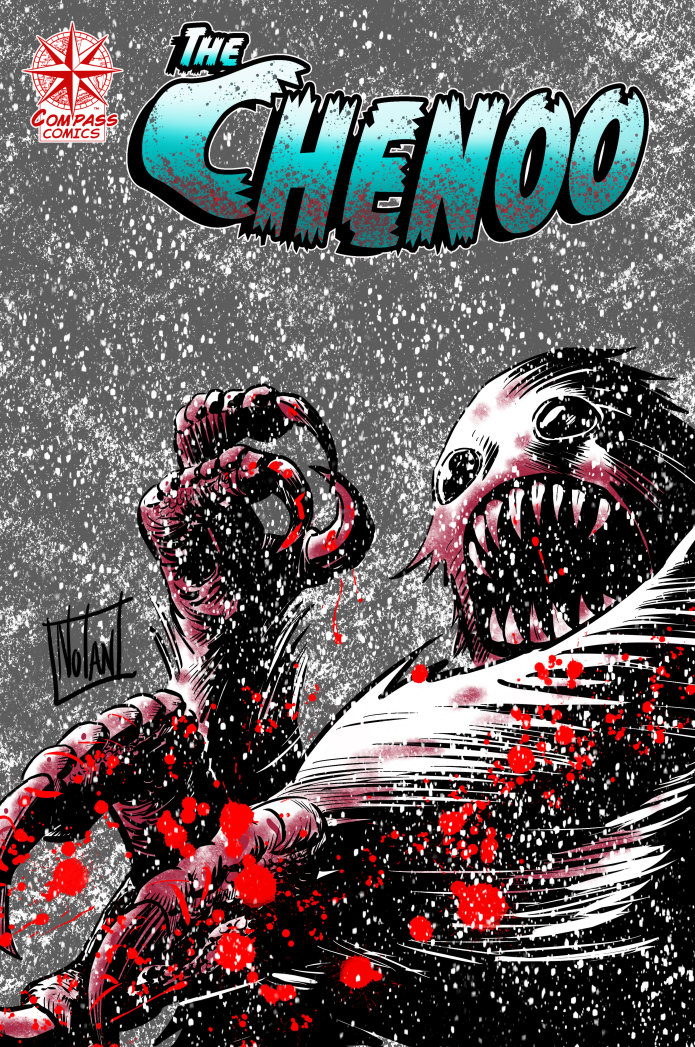 Buffalo, 1977: a once-in-500-years storm buries the city in multiple feet of snow. During the whiteout, 23 people die and their deaths are attributed to the storm. But that’s not exactly the truth. It was something in the storm. Officer Paul Jackson, whose father was the Chief of Police during the ’77 storm, knows that it was a giant creature straight out of Native American lore, The Chenoo.

Now another monster (so to speak) storm has descended on the city and it’s happening again.

Created, written and illustrated by Graham Nolan (co-creator of Batman’s Bane, among many other credits), this is an excellent winter horror story. Brilliantly executed in black and white with some key spot colors, it’s a straight-up action horror story that holds the attention and won’t let go. Funded through Indiegogo, the production values on this comic (and particularly its cover) are outstanding. Highly recommended.