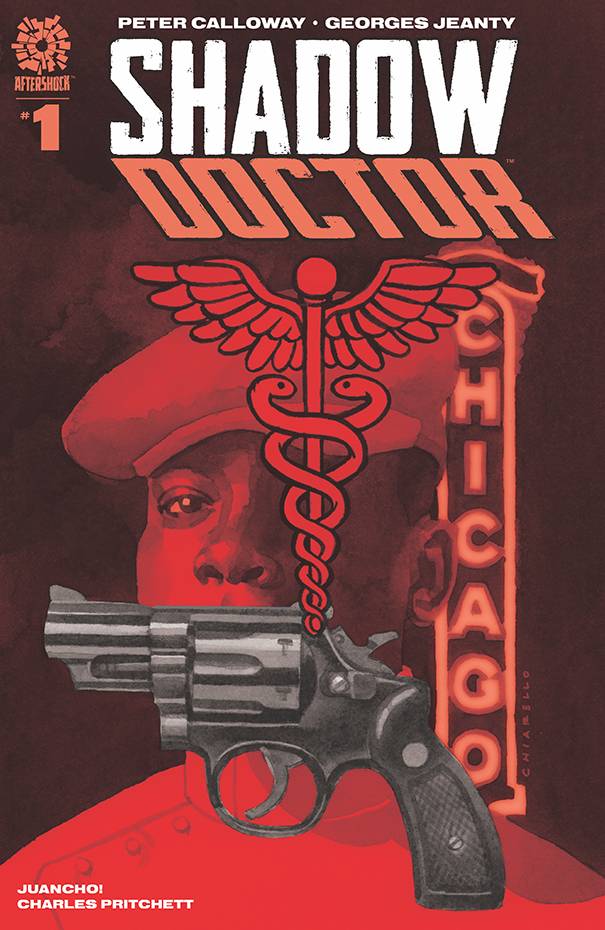 “On the one hand, his story represents the promise of America. On the other hand, it shows the worst of it,” writer Peter Calloway said in describing Shadow Doctor, and he was right. The story of his grandfather, Nathaniel Calloway, is a striking dichotomy.

At first it’s a story of triumph: a young black man, he struggles, perseveres, and becomes a doctor. Then, however, he runs into the financial wall. He can’t get a job at a hospital and neither can he get a bank loan to start his own practice, both because of his skin color.

With the grips of the Great Depression worsening, he turned to another source for funding in Prohibition-era Chicago: Al Capone.

In this first issue, writer Peter Calloway and artist Georges Jeanty have crafted an enticing, subtlety ensnaring introduction to the world of Dr. Nathaniel Calloway, one that immediately leaves the reader wanting more. Immediately. The stylish cover by Mark Chiarello certainly doesn’t hurt either.