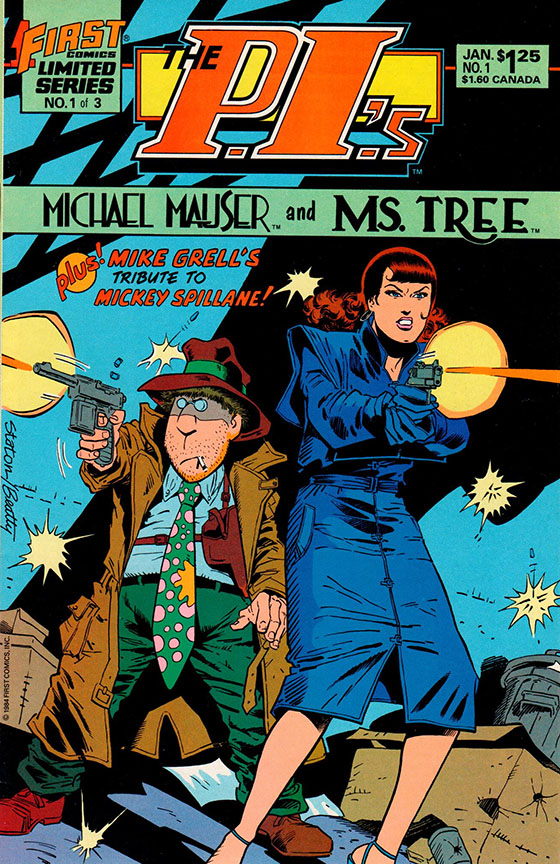 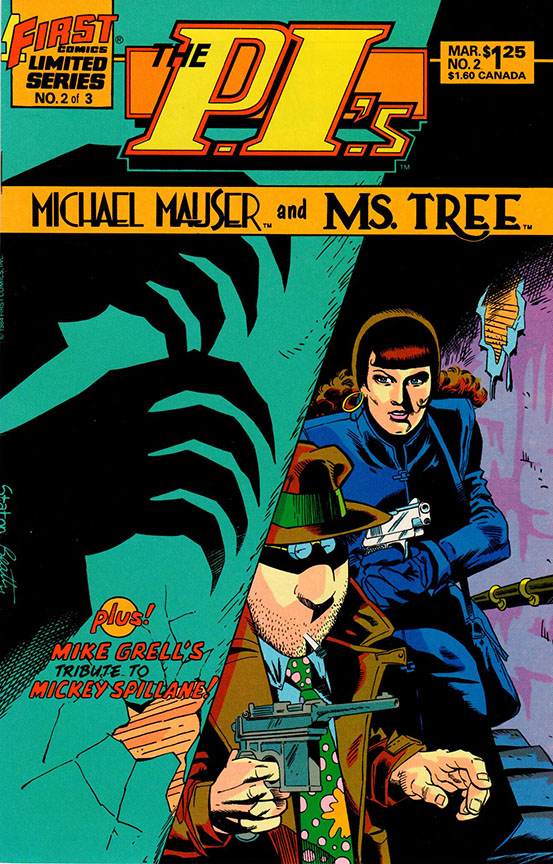 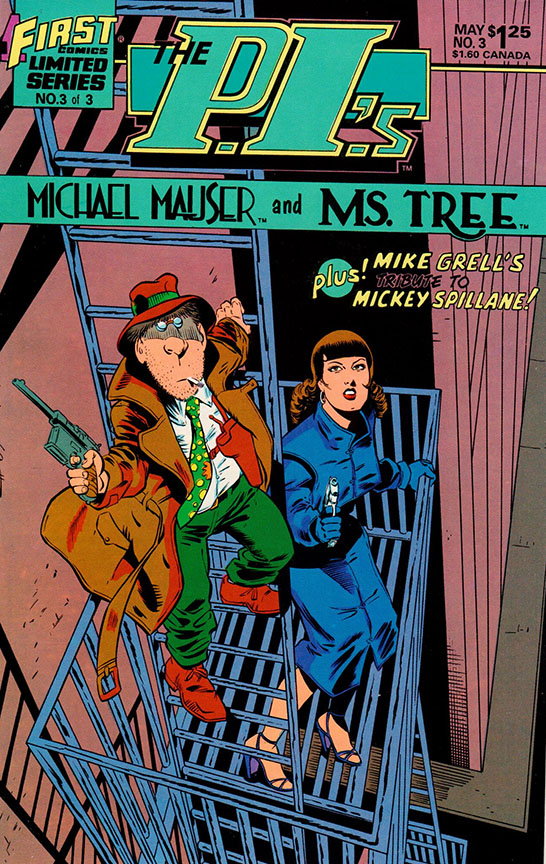 It’s always an impressive achievement when a creative team can take characters who should basically never appear together and make the story work. Think of the brilliant Archie vs. The Punisher, and you get the idea.

In 1985, First Comics published a crossover that, while not quite as far afield as those two characters would be normally, it was at least pretty close. The P.I.s: Michael Mauser & Ms. Tree featured, as the title would suggest, First’s Michael Mauser and the creator-owned Ms. Tree.

At that time, Mauser regularly appeared in the pages of E-Man with creators Nicola Cutti and Joe Staton at the helm, while Ms. Tree headlined her own book from Renegade Press in those days, as always with creators Max Allan Collins and Terry Beatty doing the honors.

Mauser was a distinctly humorous crime comics character, while Ms. Tree was distinctly not humorous. Ever. Except maybe in after a crime was solved and the criminals were dead, dead, dead.

For this project, First Comics paired up the creative teams. Collins wrote it, Staton provided the pencil art, and Beatty inked it. The result, surprising to this day, worked superbly. What’s more, the central crime of the story involved comic books.

The P.I.s: Michael Mauser & Ms. Tree was the first mini-series First Comics published, and it was never offered in a collected edition. For fans of either character, it’s definitely worth seeking out.