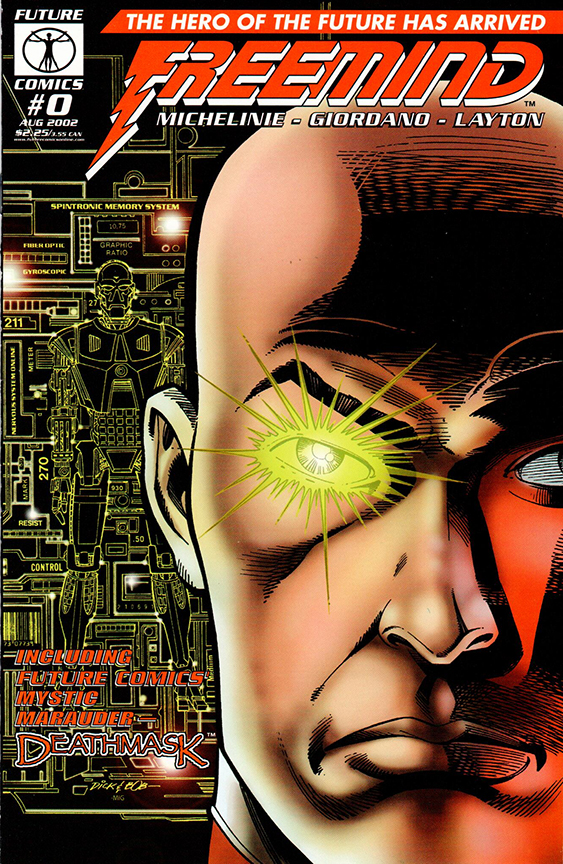 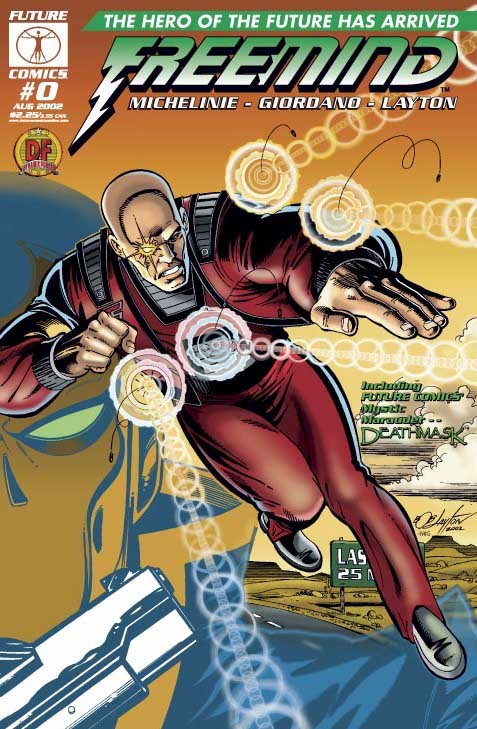 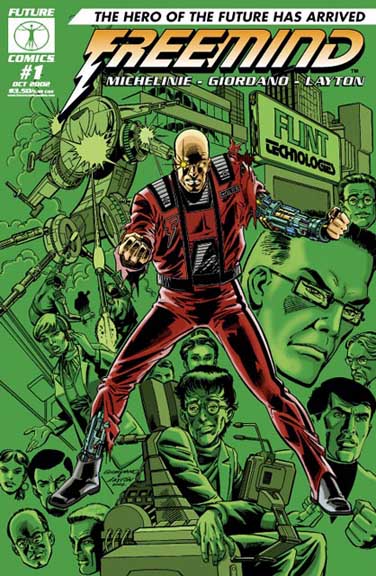 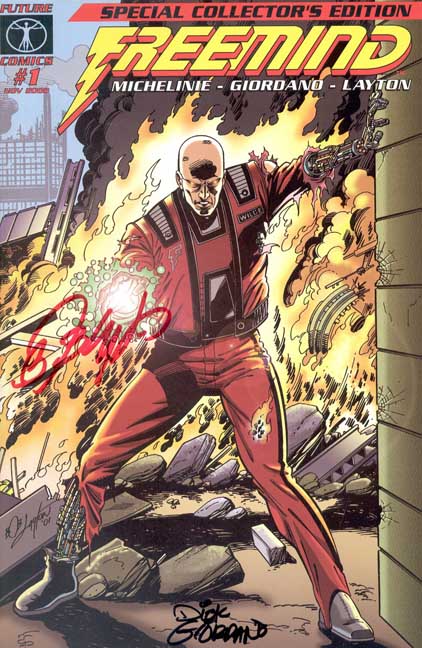 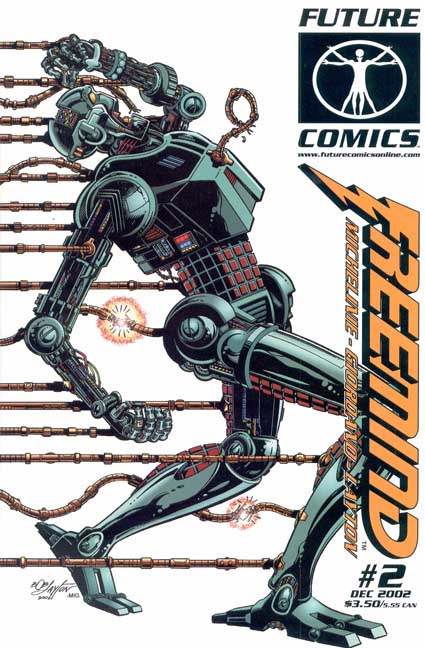 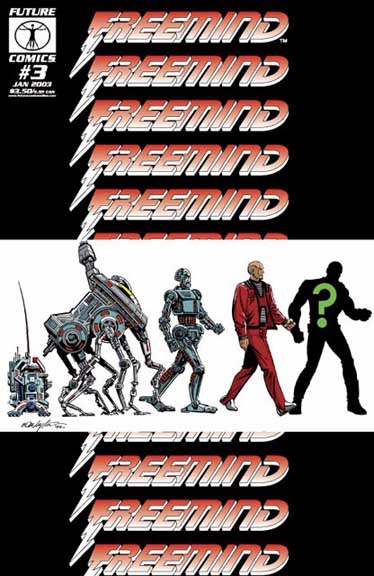 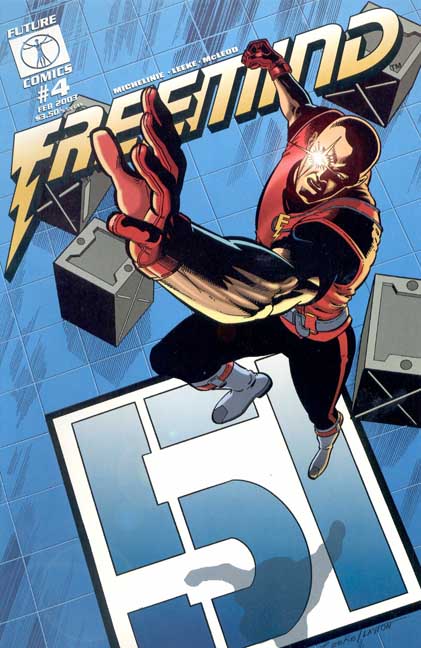 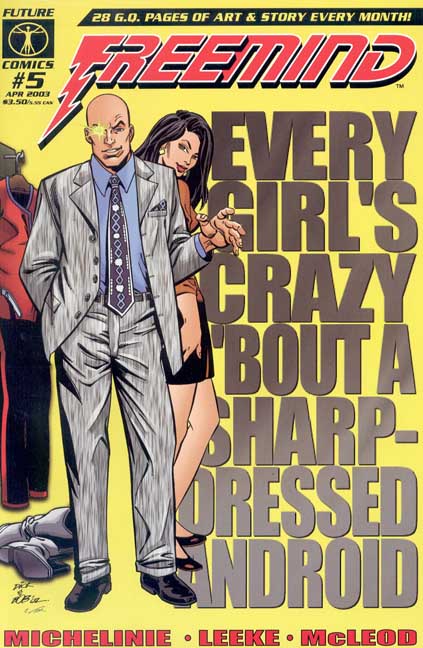 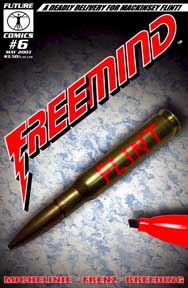 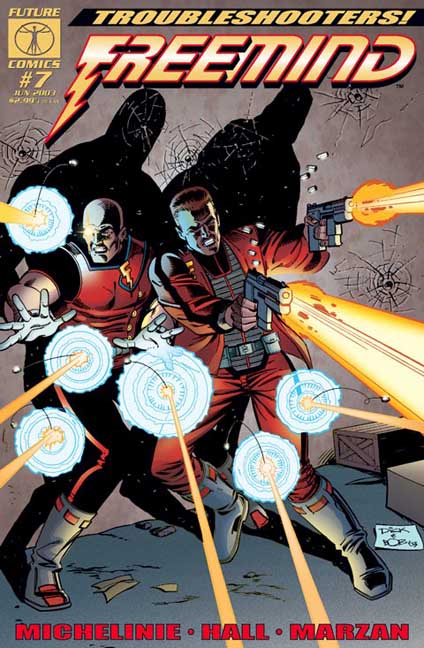 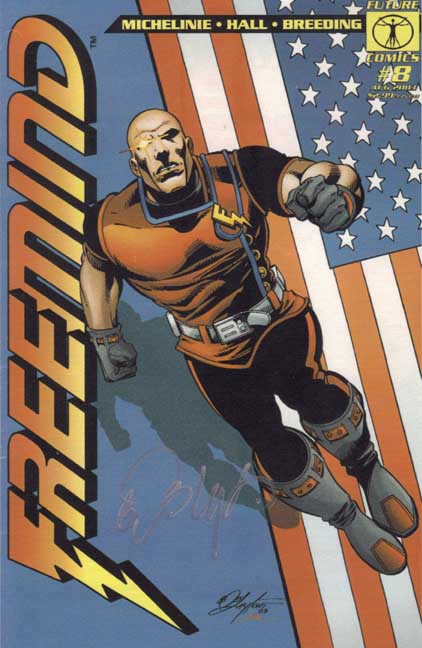 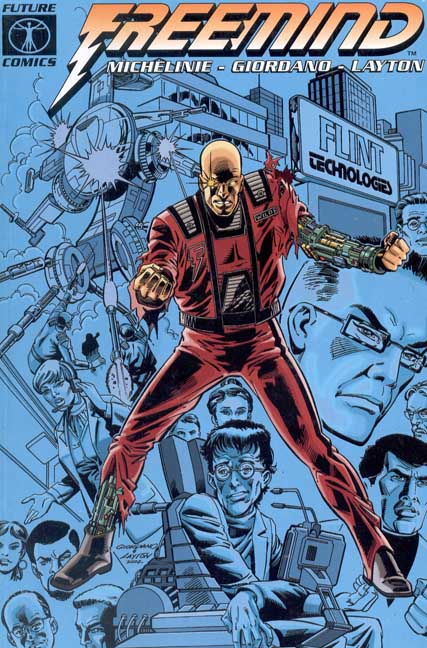 What if you were a brilliant scientist – Stephen Hawking-type brilliant – but like Hawking, you were trapped in a body that betrayed you? What if you could turn the power of your mind toward finding a way out of – or at least around – your condition? That was the springboard for Freemind, the story of the inventive McKinsey Flint.

Paraplegic and trapped in a wheelchair, he created technology that allowed him to transfer his conscience to a tough, powerful android body with fantastic powers. Both Flint and his technology, though, are targeted by nefarious elements, creating the action and adventure that framed the more thought-provoking elements of the series.

Created by writer David Michelinie, penciler Dick Giordano, and inker Bob Layton, Freemind was the longest running title from their short-lived company Future Entertainment, also known as Future Comics, but it packed a lot of potential into its brief existence.

Freemind originally ran eight issues (#0-7), some of which featured very innovative cover designs. Take a look at them! They’re certainly not all equal, but in each case they represent an attempt to innovate, catch the reader’s eye with something different, and convey a strong image. What’s really cool about the attempts at innovation is that the notion really connects well with the concept of the series.

A real treat for fans of the series, Freemind #8 (along with Deathmask #4 and #5, Metallix #7, and Peacekeeper #1) was released in a limited edition in 2018 and is available through the Future Comics Facebook page, which is occassionally still active, and has also posted a few covers that teased where the series would have gone.