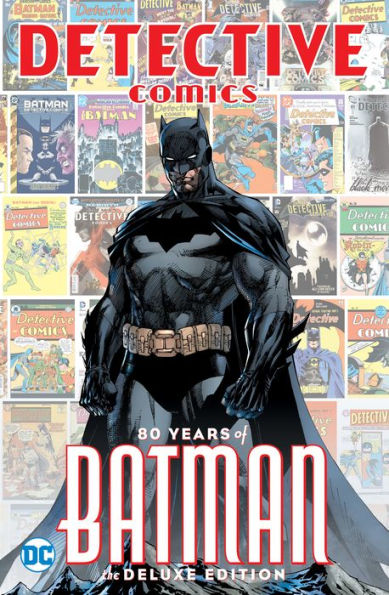 DC Comics followed their successful Action Comics: 80 Years of Superman with this deluxe edition that presents some of Batman’s great Detective Comics issues that span his entire run. Many important issues are represented that introduce Batman, Robin, Batgirl, Batwoman, Two-Face, and Riddler.

But, the book doesn’t just rehash what is covered in other collected volumes. Nestled among these well known keys are early Detective Comics issues without Batman and some of the more modern, edgier stuff. My favorite that I hadn’t read before was Harlan Ellison’s funny story about Batman patrolling Gotham, but each time he thinks he’s found a crime, it’s a misunderstanding or gets resolved without him.

Aside from the obvious, what makes this book interesting is witnessing the changes and trends that Detective Comics went through. There are periods when it was campy or really dark, the earlier stories were more direct and later issues are more complicated. The reader gets a broader picture of Batman and his many writers, artists, and editors that have kept him popular for 80 years. It’s the type of book that will appeal to established Batman comic readers and can intrigue someone who may like Batman movies or cartoons but hasn’t read the comics yet because they are overwhelmed by the sheer volume.