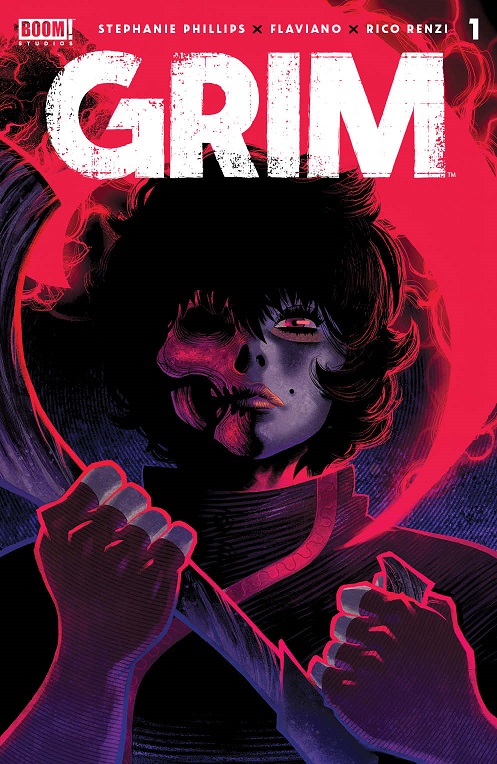 Jessica Harrow is dead. She doesn’t remember how she died, and oh yeah, she’s also a reaper tasked with ferrying souls of the dead to the next phase in their life. It’s a routine night, Jessica picks up a new charge and leads him from the site of his death to where he’ll be processed for the next stage. But something goes terribly wrong putting Jessica in a disconcerting and surprising situation.

On the surface, the premise of Grim seems fairly clear, but the first issue left a lot of questions on the table. Stephanie Phillips introduced the lead characters and concept swiftly and succinctly, while artist Flaviano and colorist Rico Renzi set the tone. Phillips gives Jessica limited dialogue, but she speaks volume through the art. The visuals could be limited to a dark, moody palette, but instead it has a range of colors and light to symbolize what’s behind multiple locations.

Grim is off to a good start.