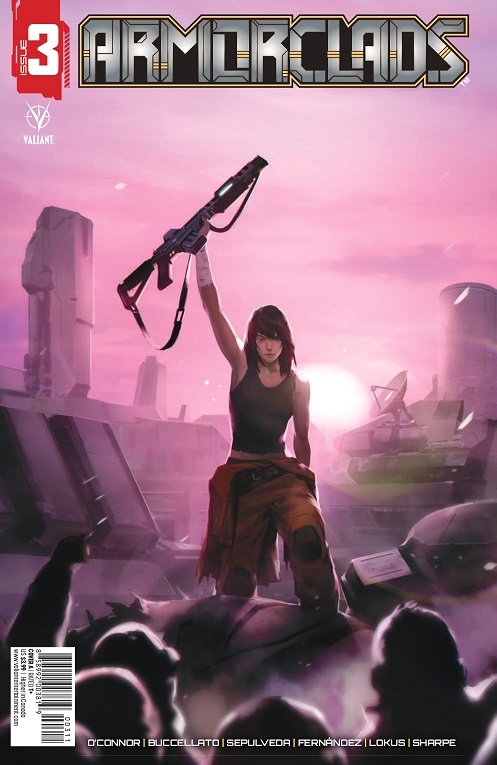 After Sgt. Troy’s suspicious death, Peris was taken away and the rest of the Ironclads were sent back home where they were attacked by the Legionnaires. Led by Lela, the Ironclads overcame the Legionnaires and their Alphan captors, and are now on a mission to brave the elements and rescue Peris. But what they don’t know is the surprising situation that Peris has found himself in with the government and scientists in the city.

By steadily introducing new threats and complications, writers J.J. O’Connor and Brian Buccellato build momentum in each new issue of Armorclads. Our heroes are in a dangerous world filled with environmental and creature threats, adding in oppression from the wealthy and revolutionaries. They’re heading toward a big conflict, though there are still secrets to complicate the situation.

Armorclads is turning into a post-apocalyptic survival action story with a class war thrown in the mix.