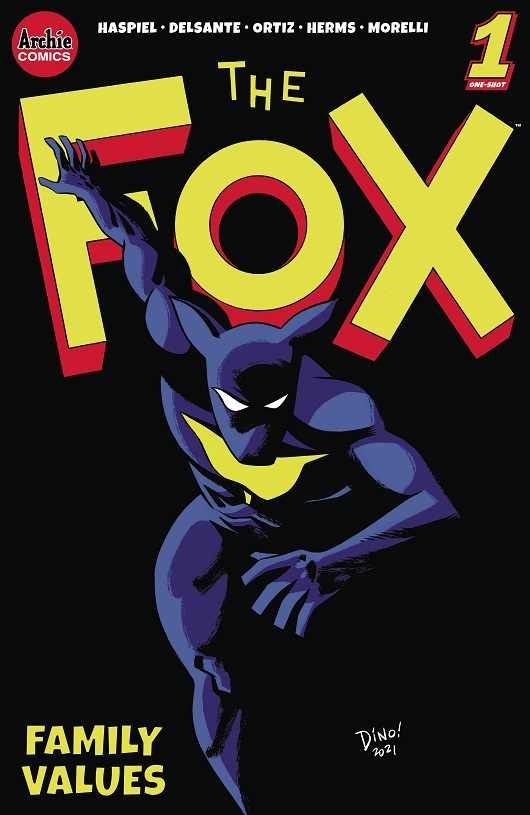 Back in 2013, writer/artist Dean Haspiel (along with writer Mark Waid) unveiled his take on Archie’s superhero character Paul Patton, better known as The Fox, in a mini-series called The Fox: Freak Magnet. Despite some obvious enjoyable whimsy, it was actually truly an existential take on a character that has periodically been forgotten, like many of the Archie/MLJ superheroes.

It was fresh and very enjoyable.

Haspiel and Waid revisited the character in The Fox: Fox Hunt, which introduced Patton’s son, Shinji, also known as Ghost Fox. While it had a darker tone, it wasn’t over-the-top and was still highly accessible to new readers.

This new one-shot brings Haspiel back for its lead story, and it’s once again compelling. It’s probably also more impressive in how much it does with a relatively small number of pages.

His tale is backed by two others.

The first is a romantic adventure of sorts by Vito DelSante and Richard Ortiz, which is very enjoyable, and the second is a classic Alex Toth story from 1983, and is predictably awesome, having lost none of its punch from its original publication.

Here’s hoping that we see more efforts like this from Archie!

Editor’s note: If you want to know a lot more about the many iterations of the Archie superhero characters, check out The Overstreet Comic Book Price Guide To Lost Universes #1, now on sale. It’s even available with a Mighty Crusaders cover.