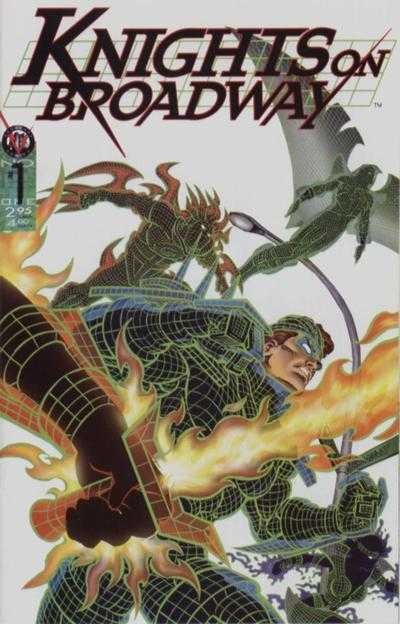 From the time Tamara Neill was a baby, she knew the end of the world was coming. And pretty soon, incredibly, she started planning how to stop it.

While the biggest success of the short-lived Broadway Comics was Fatale, the series that could have been their best story might have been Knights on Broadway. And for those familiar with Fatale, young Tamara is pretty much the opposite, all brains and no brawn.

The built-in frustration in collecting any lost universe is that there’s almost never a conclusion, and that’s definitely the case here. Main writer Joe James (along with Jim Shooter, JayJay Jackson and Pauline Weiss) and artist Geoff Isherwood crafted a highly original, gripping tale that pulls the reader in and sets up a series very well. But there’s just three issues, with no complete arc.

That said, it’s still definitely worth the read.