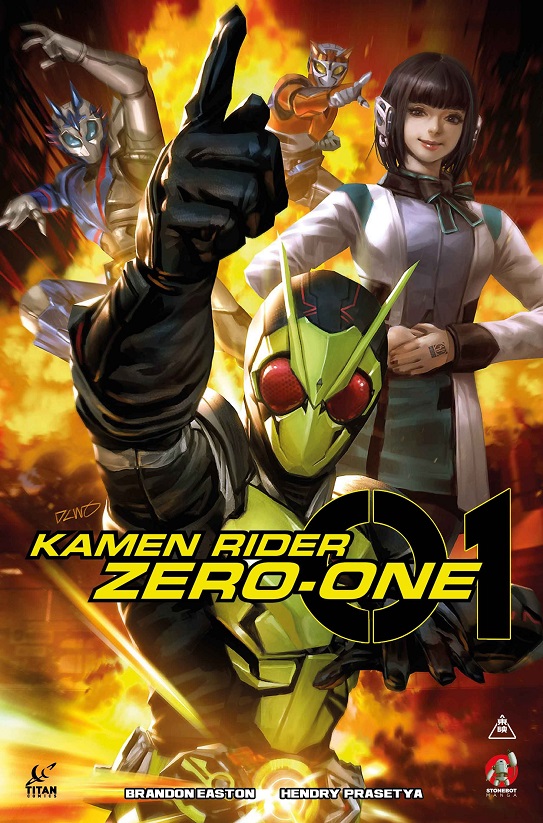 Aruto Hiden is a young man who wanted to be a comedian, but his life took a drastic turn when he was named CEO of Hiden Intelligence, his grandfather’s company, and he became the superhero, Kamen Rider Zero One. With the help of his assistant Izu, he is trying to live up to both jobs, but faces heavy scrutiny from local law enforcement, A.I.M.S. If their reprimand wasn’t enough, he also gets attacked by a powerful new enemy.

Every page of Kamen Rider: Zero One #1 (of 4) by Brandon Easton is filled with story. The reader gets a sense of what kind of person Aruto is, his capabilities as Kamen Rider, and the challenges he is facing. The art by Hendry Prasetya and colors by Bryan Valenza are equally detailed from the emotion on characters’ faces to the well orchestrated fight scenes to the scene setting backgrounds.

This comic assumes readers have a basic knowledge of Kamen Rider, using terms like “Humagears” and “Progrisekeys,” but this shouldn’t turn off new readers. It can serve as a jumping on point with a few quick and easy internet searches of the terms.