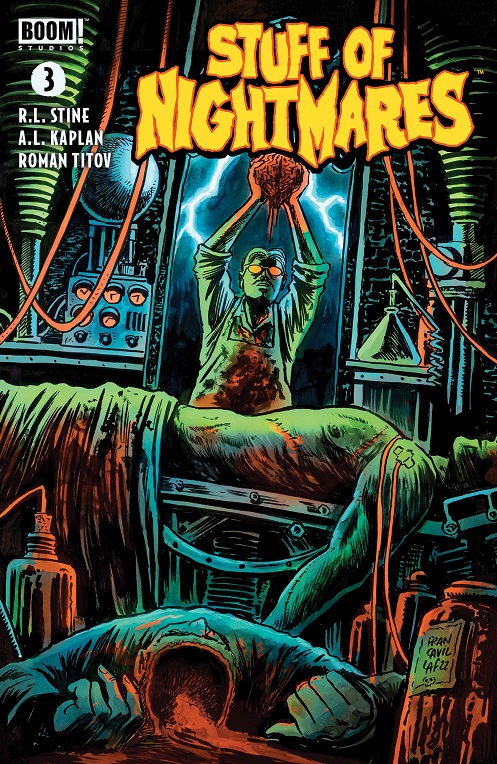 Stuff of Nightmares, a comic about the most unsavory mad science, took a shocking turn in the second issue. When Jordan caught Isaac putting the moves on Stella, Isaac reacted to his brother’s anger by stabbing and killing him.

This twisted tale by R.L. Stine gets even more messed up and gross in the third issue. It’s heavily inspired by Frankenstein with a few more monsters (alive and undead) and a love triangle out of a soap opera nightmare. There isn’t a lot of character development, but it’s a vivid house of horrors for any fan of B-horror stories.