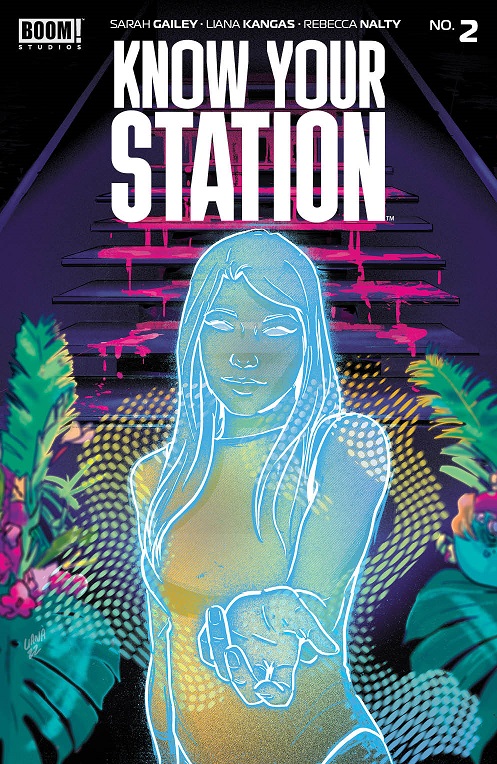 The world has been ravaged by climate change, so the wealthiest have relocated to an upscale, luxurious space station called First Resort. Everything was going smoothly for the rich, and the regular folk who cater to them, until one of their ranks is brutally murdered. Security Liaison Elise was tasked with investigating the murder with Sergeant Pritchard, a detective from Earth. The job gets a wee bit more complicated when Pritchard turned up dead at the conclusion of the first issue.

Desperation and disorientation are the themes that run through the second issue by Sarah Gailey. Elise is rightfully panicking with two dead bodies on the station, the second of which looks like she could have been killed by Elise. With all of this hanging over her head, Elise choses now to stop taking the drug Blue to be clear headed. Instead, she spends the issue going through withdrawal, unsure if the things happening around her are real or hallucinations.

The mystery of this series is already really good after just two issues. Gailey is not wasting any time in telling the story, building the characters, or establishing the working class versus wealthy motif. So far, it’s a bloody good story!