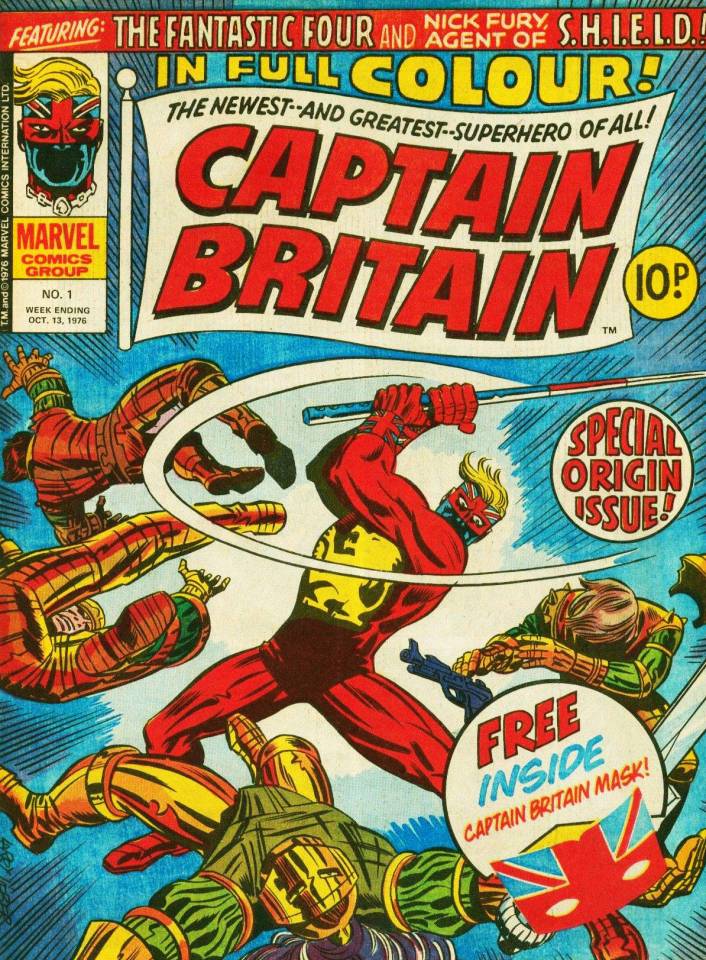 Until the October 13, 1976 cover-dated Captain Britain #1, all of the comics released by Marvel’s UK subsidiary had been reprints. Most of them had been in different formats than their US counterparts, and featured black and white interiors.

The big change came with Captain Britain #1, which not featured color on the lead story, but also featured original material starring a character created specifically for the UK market. Because their comics were weekly, the original chapters were shorter, but they were done in the general Marvel style of the period and firmly took place in the UK corner of the Marvel Universe.

Writer Chris Claremont, pencil artist Herb Trimpe, inker Fred Kida, letterer Irv Watanabe, colorist Marie Severin, and editor Larry Lieber were the team behind the origin of Captain Britain, which begins in this issue. Young scientist Brian Braddock finds his research facility under attack by The Reaver, and just as suddenly finds himself with strange new powers and abilities. In fact, he doesn’t even know where the name “Captain Britain” comes from before he utters it.

As you can imagine with a weekly and the short chapters, it ended on a cliffhanger, which did the job of compelling readers to come back the following week. The comic wasn’t available in the United States, which accounts for it still being under the radar for some collectors, even after the character’s long affiliation with the X-Men characters.

In addition to the original material, the issue also reprinted part one of two serialized chapters of Fantastic Four #110 and also part one of two of Strange Tales #159.