Again, here's a category from which we've excluded ourselves. Mickey and the Gang - Classic Stories in Verse, The Official Price Guide To Disney Collectibles, and The Official Overstreet Comic Book Price Guide would all, in our humble opinion, be instant entries. This year we broadened this category slightly to included documentary film and video products.

We'd like to take a moment here to single out our friends at TwoMorrows Publishing, which racked up a solid number of entries this year. They're continuing to turn out some fine publications.

Likewise, our compatriots at Wizard and F+W Publications, the creative people who put out publications like Charlton Spotlight, the folks behind Comic Zone and Fanboy Radio internet shows, and the collectors and historians who develop publisher, character, genre or creator-centric websites should all be congratulated for adding important depth to the discussion of the medium's history.

With all that in mind, here are Scoop's Best Publications About Comics For 2005:

10. The Superhero Book
Visible Ink; $29.99
The Superhero Book: The Ultimate Encyclopedia of Comic-Book Icons and Hollywood Heroes bills itself as “the first comprehensive work to profile mainstream and counterculture, famous and forgotten, best and worst superheroes from all companies and in all media...” and it lives up to the billing. Edited by Gina Misiroglu along with David Roach, the book includes a wide array of characters, events and themes that have populated the four-color world of superheroes. While it misses the Brownies (hey, they had super powers!), it's got just about every other major and many minor character or set of characters in it, along with plenty of interesting observations. This is a great reference book and it's also fun for a casual read.

9. Write Now!
TwoMorrows Publishing; $5.95
A typical issue of this magazine for aspiring comic book writers is packed with examples like script and final comic page comparisons, insights into craft and the business, and other “how to” features. As a for instance, one issue we surveyed this year featured the work of Dwayne McDuffie (Static Shock), Dan Jurgens (Thor), Gerry Conway (Law & Order: Criminal Intent), and Peter Bagge (Hate), among others.

8. Draw!
TwoMorrows; $5.95
A counterpart to Write Now!, but for artists, Draw! is edited by Mike Manley, who each issue includes traditional and modern techniques, interviews with creators, and tutorials.

7. Wizard: How To Draw
Wizard Entertainment; $29.99
Collecting many of the different “Basic Training” for comic book creators from the pages of Wizard, this book features “how to” tips from George Pérez, Joe Kubert, Adam Hughes, Matt Haley, Jim Lee and many others. Nicely designed and featuring tons of example illustrations, the book highlights lettering, coloring, panel design, action, and more.

The first comprehensive review of the comics career of artist George Tuska is a must-have book for fans of Silver Age-era Marvel Comics (and comics in general). Tuska worked on such characters as the X-Men, Hulk, Daredevil, the Justice League of America, and more, but we'll always remember his version of Iron Man. Great reading, with a foreword by Stan Lee.


4. Back Issue
TwoMorrows Publishing; $5.95
Automatically on our list of “must read” publications every time it comes out, Back Issue has an approach that is simultaneously enthusiastic and professional as it examines some of the more recent eras of comics history.

3. Foul Play! The Art and Artists of the Notorious 1950s E.C. Comics!
Harper Design; $29.95
Author Grant Geissman is one of the most noted EC comics fans around. His Tales of Terror! The EC Companion (co-published by Gemstone Publishing and Fantagraphics), is widely recognized as the authoritative work on the history of EC comics, and now he's switching the focus to the creators themselves. Full of great examples, including previously unpublished work, this book explores the creators behind the work as well as its impact.

2. Spies, Vixens and Masters of Kung Fu: The Art of Paul Gulacy
Vanguard Productions; multiple editions; HC $34.95
Paul Gulacy's work on Master of Kung Fu, Six From Sirius, James Bond, Star Wars, Sabre, Batman: Legend of the Dark Knight, Catwoman, and other comic books has never been fully explored before. Now it not has been researched and compiled, but it has been assembled and presented in a way that will remind Gulacy's loyal fans of what they already have experienced and at the same time make his work easily accessible to new enthusiasts.

1. Tales From The Crypt: From Comic Books To Television!
CS Films; $29.95 (+ $3.95 s&h)
The DVD version of an already-superb documentary contains almost three hours of bonus material with EC artists Jack Kamen, Al Williamson, Marie Severin, and an extended interview with Jack Davis. Russ Cochran and Bob Overstreet, two of the most influential EC fans, are interviewed, and extended segments from director Chip Selby's interview with horror director George A. Romero (Night of the Living Dead, Creepshow) also are included. There is also a 56-minute roundtable discussion between legendary science fiction author Ray Bradbury and EC/MAD editor-writer-artist Al Feldstein, among other features. This disc is a “must have” item for serious EC collectors and comic book fans. 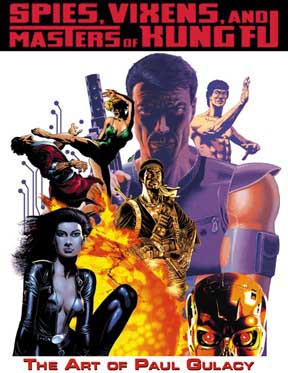 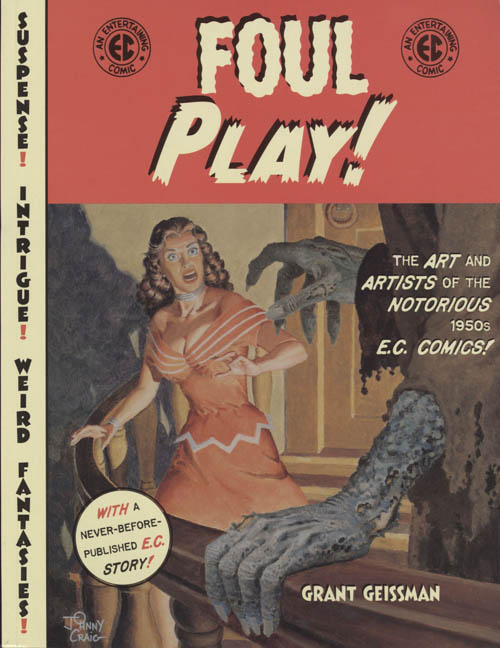 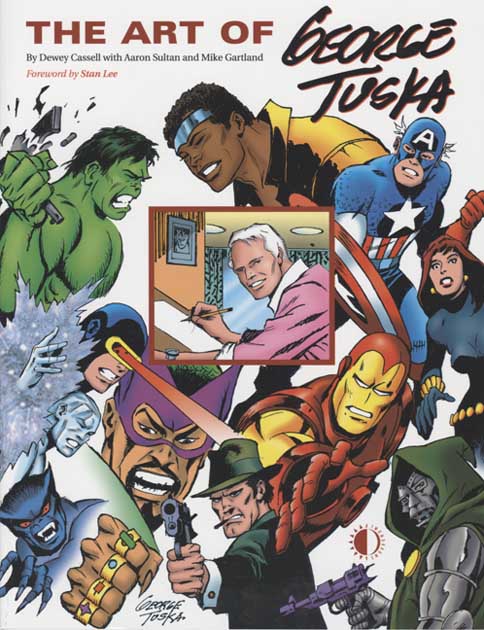